While selective serotonin reuptake inhibitors (SSRIs) are the most frequently prescribed medications for the treatment of major depressive disorder (MDD), scientists are still largely in the dark as to why they are ineffective in almost 30% of patients with MDD.

However, we may be one step closer to understanding as new studies have shown how neurons influence the effectiveness of SSRIs.

A recent study conducted by Salk Institute and published in Molecular Psychiatry on 22nd March 2019 has uncovered that there are differences in the growth patterns of neurons in patients resistant to SSRIs.

With far-reaching implications for research on neuropsychiatric diseases such as depression, bipolar disorder, and schizophrenia, this research also suggests that other medications such as serotonergic antagonists may be effective alternative options for SSRI resistant patients.

Finding the Cause of Major Depressive Disorder

While the cause of MDD is still largely unknown, scientists believe that the disorder is partially linked to the serotonergic circuit in the brain. This belief arose owing to the fact that SSRIs, which increases the levels of the neuro-transmitter serotonin at the neuron connections, help assuage the symptoms off MDD patients.

Finding the answer to SSRI resistance is challenging as it requires the study of 300,000 neurons that make use of serotonin to communicate within a brain of 100 billion neurons. Therefore, this is the ultimate needle in a haystack, unlike finding a great no deposit casino.

The Salk Institute’s researchers published a prior paper in Molecular Psychiatry which showed that MDD patients with SSRI resistance had increased receptors for serotonin which caused the neurons to respond hyperactivity to serotonin.

However, the latest research aimed to examine SSRI resistance from a different angle. Instead, focus was placed on whether serotonin biochemistry, gene expression, and circuitry were altered in those with SSRI resistance in comparison with serotonergic neurons derived from SSRI responders with MDD.

The most extreme cases of SSRI response – those who improved significantly while taking SSRIs – and those who saw no response were selected to participate in the large-scale clinical study of 800 MDD patients.

Skin samples were taken from both groups and then the cells were reprogrammed into induced pluripotent stem cells (iPSCs) in order to create viable serotonergic neurons which could be studied.

While no difference in the biochemistry interactions between groups could be identified, the researchers did observe a difference in how the neurons responded depending on their shape. 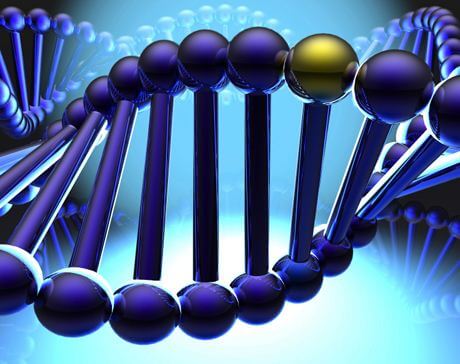 Once these crucial genes were made non-functional in serotonergic neurons, the neurons developed the same unusually long projections in those with SSRI resistance. As such, it can be deducted that these abnormal features alter communication within the serotonergic circuitry and explain why SSRIs are not always effective in the treatment of MDD.